Stop 3 Marc Introduces Damián to the World of Consensual Kink
Welcome to the third stop in Kallypso Master’s “How it Began” two-day blog tour. Thanks for having me, Jo-Anna Walker.
If you’re just joining in, you can get a list of the tour stops in order at my Ahh, Kallypso…the stories you tell blog page:
http://kallypsomasters.blogspot.com/p/books-by-kallypso-masters.html 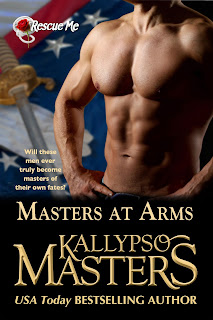 Now for the next excerpt in the “How it Began” blog tour, Masters at Arms is very much a story about how three military men met and formed a bond. In this scene, Marc and Damián are about to deploy and after hearing Damián’s misconceptions about BDSM, Marc has decided to take him to a kink club.
For a little reality, of course, Marines have a code of ethics that states they are not to frequent such establishments. So they drive to Los Angeles from Camp Pendleton in order to avoid detection by the MPs. When Top Griz (a retired Master Sergeant and now one of my Marine experts), found me after my first three books were out, I asked him what Marc and Damián have done if they’d seen Adam Montague, their Master Sergeant, at the club. Top Griz said, “They’d have spit out their beer—or the redhead—and run.” You’ll have to read the entire scene to see what he’s referring to.
God love the Marines! Here they are at the club, waiting on one of the unattached submissives at the club to return from preparing for the scene they’ve negotiated. This is one of Marc’s favorite fantasies—the naughty schoolgirl—and it takes him no time at all to get into character.

Fifteen minutes later, as he polished off his beer, Marc looked toward the dressing-room entrance to see Bianca strutting toward them in a short, short plaid skirt and a schoolgirl’s white blouse. She held a wooden ruler between her breasts.
Holy shit!
Marc adjusted himself surreptitiously to keep from strangling his cock and stood up.
“You’re late, young lady. Mr. Jerry sent you to me for your punishment thirty minutes ago. What do you have to say for yourself?”
Her pupils dilated again as she caught her breath before she cast her eyes down to the floor. “I’m sorry, sir. I was with my friends and just lost track of time.”
Marc took the ruler from her and laid it on the table. He had raided Jerry’s private toy stash while Bianca was dressing and picked up one of the leopard-print cuffs lying beside the ruler. He handed it to Orlando, then picked up Bianca’s hand and extended it to the kid, whose hands shook as he wrapped the cuff around her wrist and tightened it.
“Is that too tight?” Orlando asked.
“No, Sir.”
The kid’s pants tented at the title. Marc grinned, then he turned her around and pulled her cuffed hand behind her back while he secured the right wrist and clipped the two together. She kept her head bowed, causing his cock to throb even more. He couldn’t wait to turn her over his knee. He picked up a borrowed necktie and blindfolded her.
Grabbing the ruler almost as an afterthought, he motioned for Orlando to take one arm and Marc took the other to keep her from running into any obstacles as they led her to a darkened corner. He pointed to the far end and Orlando sat down, then Marc lowered Bianca over the armrest at that end until her head rested in Orlando’s lap. He wouldn’t be able to smack her as hard with his left hand, but the ruler would sting enough.
Marc lifted her short skirt. Oh, yeah. No panties. Her round globes were white and begging for some color. “Tell me why you’ve been sent to the principal’s office, Bianca.”
“Because I was talking in class, Sir.”
Marc reached out and rubbed her ass cheeks vigorously to get the blood to the surface. Then he indicated for Orlando to do the same. The kid’s hand reached behind her to gently stroke her ass. Well, it was a start. At least he was touching her. He motioned Orlando’s hand away with the ruler.
Smack!
She gasped in the most sensual way. His cock strained against his khakis. Her left cheek soon displayed the mark of the ruler, holes and all. “Tell me what your mouth should be used for instead.”
“Fucking, Sir.”
“Good answer.” She visibly relaxed.
Smack! The right cheek soon bore a matching welt.
Marc nodded to Orlando indicating her head. The kid moved his hand up past her cuffed hands and traced a path up her arm to her hair.
“Tell me how you want to please us with your mouth, pet.”
“By sucking your cocks, Sirs.”
Smack!
Smack!
Smack!
“Oh!” The pain and frustration were evident in her scream. The last blow landed across her upper thighs, causing her to squirm. Enough of the damned ruler. He needed to feel his hand against her ass, between her legs.
“Stand!” With his and Orlando’s help, she was lifted onto her feet again. The disappointment written on her face told him she thought her discipline had ended.
Not even close, pet.
Marc led her to stand in front of the dividing center cushion, facing her toward the social area where they’d negotiated the scene. He sat down, then reached up and took Bianca by the arm, pulling her off balance.
“Oh!”
“We have you,” Marc assured her. Yes, she definitely hadn’t expected more. Good. He liked to surprise subbies.
He wrapped his arm around her waist while motioning for Orlando to do the same in front of her thighs. Together they lowered her over both their laps, careful not to overstrain her arms. Bianca was positioned so that her abdomen was over Marc’s thighs and her ass lifted in the air, giving Orlando a perfect view. Her calves were across the kid’s lap and he reached out to stroke her legs with his right hand.
“How are you doing, pet?”
“Fine, Sir.” Her voice had gone up an octave to a high squeak.
“What’s your safeword?”
“Red, Sir.”
“Use it if you need to.” Not knowing how much pain she could take, it never hurt to remind her, before the spanking continued in earnest. Hoping to give Orlando and himself better access to her pussy—he reached down and put pressure against her right knee until she spread her legs for him with some hesitation.
Slap!
He brought his right hand down hard against her pink lower right cheek.
Slap!
Then the left.
Slap! Slap! Slap! Slap!

Free and Almost Free Books Available in the Rescue Me Series
For those wanting a free glimpse into the Rescue Me world, you can get started with the FREE introduction, Masters at Arms. This book introduces six characters who will go on to have happily ever after Romances shared about them. (Adam & Karla, Damián & Savannah, Marc, and in a small part here but with more to come later, Grant.) 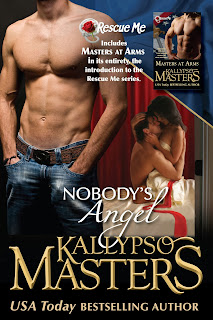 But because I don’t want you to stop there, I’ve just released a new combination e-book download of the first TWO books in the series—Masters at Arms & Nobody’s Angel—for only 99 cents! You save $3 off the cost of purchasing Nobody’s Angel as a single. Nobody’s Angel introduces you to Angelina and shows her exploration into the world of BDSM, but Marc remained so closed off still in this book, it won’t be until the December release, Somebody’s Angel, that readers will come full circle with this couple. The paperback version of Masters at Arms & Nobody’s Angel is 467 pages long, so this is a bargain at 99 cents! You’ll find buy links to all of my books, which currently are available at Amazon, Barnes & Noble, All Romance eBooks, Kobo, Apple, and Smashwords, at my Ahh, Kallypso…the stories you tell blog page:
http://kallypsomasters.blogspot.com/p/books-by-kallypso-masters.html
Here also are the direct links to this new title at:
Amazon: http://www.amazon.com/dp/B00GR5990E
Barnes & Noble: http://www.barnesandnoble.com/w/masters-at-arms-nobodys-angel-kallypso-masters/1114072854

Giveaway Time! Free eBook in the Rescue Me Series!
At each of the 15 stops, I’ll be gifting one randomly chosen reader a copy of a book in the Rescue Me Series (a $4.99 value), chosen from Nobody’s Hero, Nobody’s Perfect, or the soon-to-be-released Somebody’s Angel. Fill out the Rafflecopter for your chance(s) to win! As with all of my giveaways, this is open internationally. And we’ll also send through the mail some cool swag items, including this red Ka-thunk! pen, hand fan, a Masters Brat button, and other cool stuff! 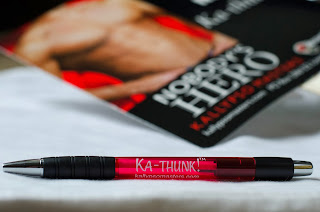 Next Stop!
Your next stop in this blog tour will be at Hooked on Books ( http://hookedonbooksuk.blogspot.ca/ ) , the previous stop was http://shhhmommysinthebathroomreading.blogspot.com/ . You also can get links to all of the blogs at my own Ahh, Kallypso…the stories you tell blog: http://kallypsomasters.blogspot.com/p/books-by-kallypso-masters.html
By Friday, we’ll be sure to update with the direct links to each of the entries so you can follow easily and start gathering those answers to the 15 trivia questions!


a Rafflecopter giveaway
Posted by Jo-Anna Walker at 12:30 AM

Jo-Anna Walker
When Jo-Anna isn't working her Monday-Friday 9-5 job, she's spending her time reading, writing and with the love of her life. She's an all around Canadian girl. Born and raised in a small city. If you don't see Jo-Anna writing, you'll find her with her nose in a book. Whether it's her words or someone else's, she's drawn to it. Jo-Anna loves stories with Alpha broken males and that need to be ripped apart and put back together again. Men that fall to their knees over a wink or a giggle from their females. Two things you will never find Jo-Anna without; her cell phone and lip gloss. If she has both of those items, you have a happy girl. Since starting her writing adventure in 2013, Jo-Anna has met many people, real life, online, in her head and she loves every single one of them. Without the support from others, none of this would be possible and she's grateful for all that has been given to her. 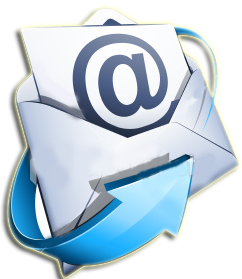 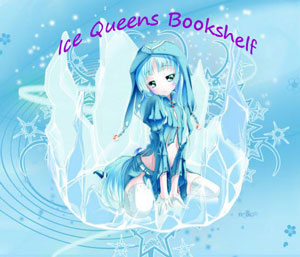 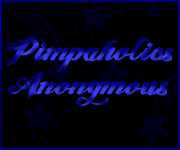